The Minotaur Card can be acquired at the end of Disc 1 by completing the optional portion of Tomb of the Unknown King. It's highly recommended you do this since you'll not only get the Minotaur Card and Sacred Card but the Brothers GF.

On Disc 4 if you completed the Card Club Side Quest you'll be able to play members of the CC Group on Lunar Base and win this card as well as many other Rare Cards from them. This quest must be completed prior to the end of Disc 3 for you to take advantage of it during Disc 4. 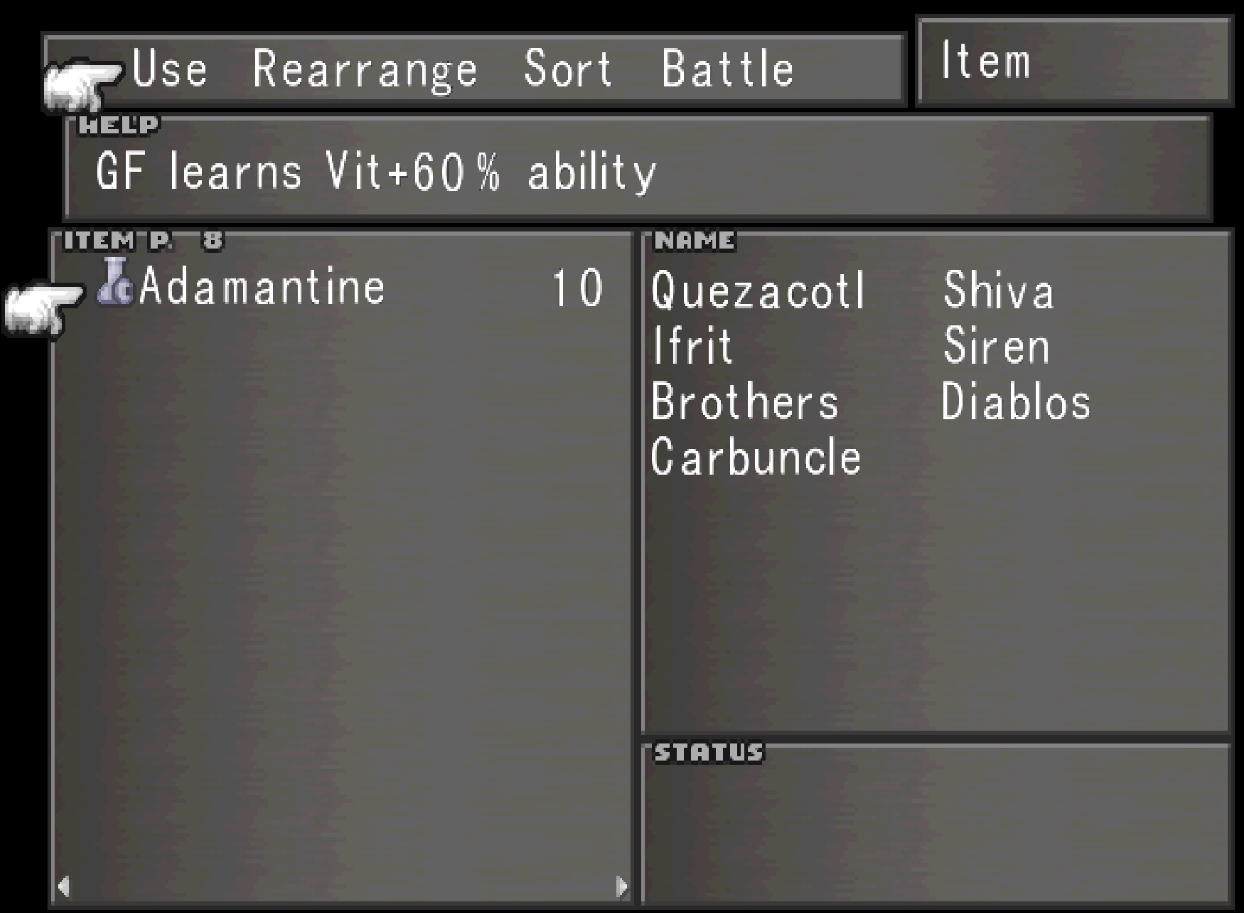 You can Card Mod the Minotaur Card into 10 Adamantine Items which is the best way to obtain this item during Disc 1. Adamantine is used for multiple Ultimate Weapons and is the last item you need in getting Squall's Lion Heart. Zell's Ehregeiz and Selphie's Strange Vision both also require 1 Adamantine to make as well.

There are no GFs that learn this ability naturally so if you'd like to equip the Vit+60% ability, feel free to teach it to one or two of your GFs. If you're wondering what GFs to teach them to, there are two good combinations that I have come to after much research. Here are the combinations and why I came to the conclusion of these three.

Shiva, Ifrit and Quezacotl: These 3 GFs are commonly separated in each build, some people recommend pairing at least one of them though

Shiva, Carbuncle, Quezacotl: These 3 GFs have to remain separate at all times since they're the only 3 GFs with Vit-J. That makes these the safest choice for these sorts of items