Castlevania is a platform game made and published by Konami for the Family Computer Disk System video game console in Japan in September 1986. It was converted to cartridge format and released in North America for the Nintendo Entertainment System (NES) in May 1987 and Europe in 1988. It was also re-issued for the Family Computer in cartridge format in 1993. It is the first game in Konami's Castlevania video game series.

Castlevania uses platform gameplay and is divided into six blocks of three stages each, for a total of 18 stages. Simon can move, jump, crouch, climb stairs, and use a magic whip (known in series lore as "Vampire Killer") as his primary combat weapon. When the player presses the button to crack the whip, there is a short delay before Simon actually does so. The player begins the game with four lives and five hearts and must finish the current block of stages before a timer runs out. Simon has an HP meter, which shrinks whenever he is hit by an enemy or projectile. One life is lost if either the meter or the timer hits zero, or if Simon falls off the bottom of the screen or is hit by a moving spiked ceiling. Hidden food items restore health, and bonus lives are earned at certain score thresholds. The player fights a boss character, usually themed after a classic horror movie monster such as Frankenstein's monster or the Grim Reaper, at the end of each block, and must win the battle and pick up a red orb that restores all health before time runs out to progress. The ultimate goal is to defeat Count Dracula himself at the end of Stage 18, triggering the collapse of his castle and allowing the player to restart the game at an increased difficulty. 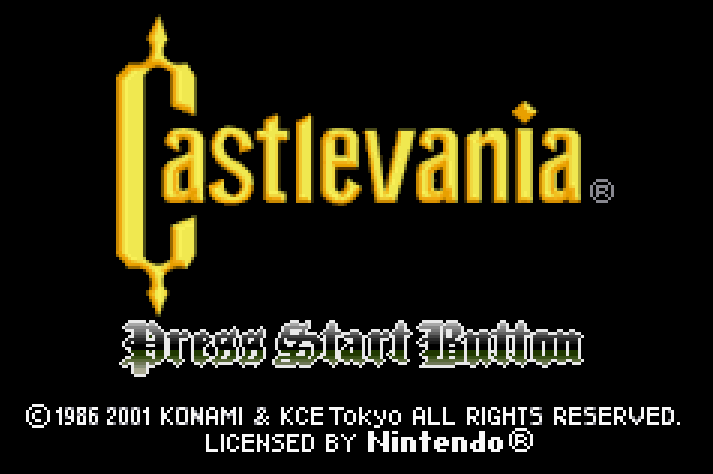