Blackthorne (released as Blackhawk in some European countries) is a cinematic platform game developed by Blizzard Entertainment. It was released for the Super NES and MS-DOS in 1994. The cover art for the SNES version was drawn by Jim Lee. The following year, Blackthorne was released for the Sega 32X with additional content. In 2013, Blizzard released the game for free on their Battle.net PC client. In celebration of the company's 30th anniversary, Blackthorne was re-released for Microsoft Windows, Nintendo Switch, PlayStation 4, and Xbox One as part of the Blizzard Arcade Collection in February 2021. 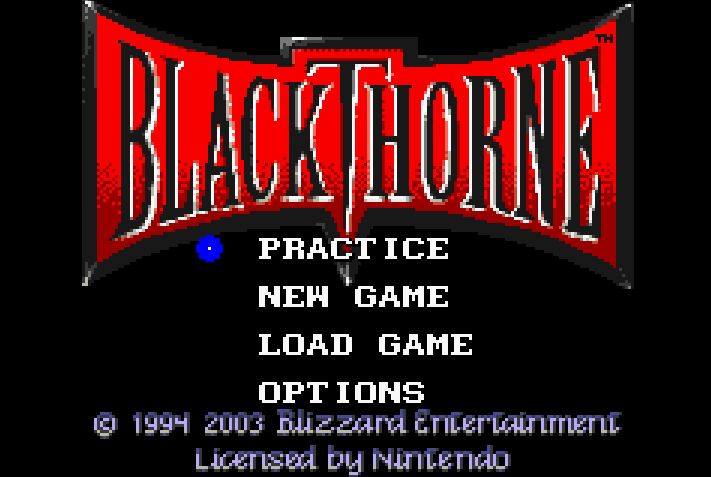