This is one of the three Halls of Honor trials that you need to complete for access to the Temple of Marr as well as Planar Progression. For this trial you'll only need to defeat two enemies, the custodian of marr and, a large dragon, Rydda`Dar. While this trial lacks the complexity of the others it's got one of the hardest single enemies of them all.

To begin this trial you'll want to hail Trydan Faye and tell him that you're ready to begin. Doing so will spawn the custodian of marr which is typical of all three HoH trials, as always, defeating him will begin the trial. The big baddy we're going to be facing spawns in the same room the Trial begins in.

Rydda`Dar has the typical PBAE Dragon Fear that we've seen and been annoyed by before in EQ as well as another nasty PBAE that stuns you for half a second and decreases your health by 2500 HP a tick. Both have a -200 Resist counter which means you'll most likely have them land on your raid some of the time. The DoT is too nasty to leave up so you'll have to strip that off immediately. 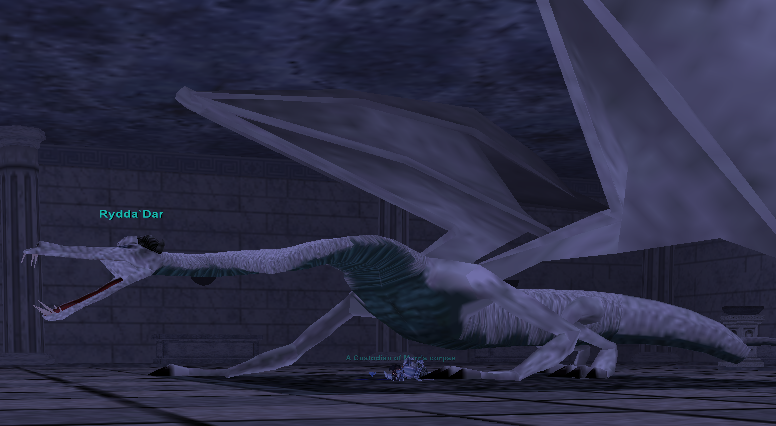 Aside from the spells that he casts, Rydda`Dar has about 505k HP, single target rampages and also enrages at 10%. If you're unsuccessful with completing the trial the respawn timer for Trydan Faye is an hour. Once the Trial is successfully completed you'll need to wait about 18 hours for Trydan Faye to respawn.

After you successfully complete the trial the NPC you hailed to start the trial will respawn. He'll stay up for a total of 5 minutes which gives everyone who participated in the trial a chance to hail him and receive their flag. Successfully hailing the NPC will give you the dialogue shown below.