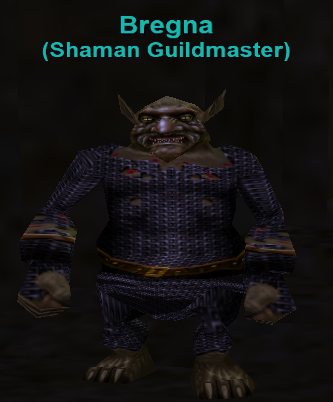 This quest involves collecting four different items, Arachnae Fangs (Plane of Disease Spiders), Blood Raven Tailfeather (PoTorment Ravens), Swirling Banshee Essence (PoN Banshee) and Wrulon Claw (Halls of Honor Wrulon). All four of these items can be dropped and traded to other players as well as sold to a vendor. Check commonly used vendors in PoT for the materials as well.

Technically in order to start this quest you're supposed to speak with Aid Garuuk who is found at the top of the library in the Plane of Knowledge. You don't actually need to speak with him until the end of the quest though after you turn in all the items you farm in Grobb and get the letter.

Out of all four items that you need two of them have solid farming locations. Arachnae Spider Fangs and the Swirling Banshee Essence both drop from enemies that are plentiful within their respective hunting grounds (shown on the maps below).

The other two items that we need, Wrulon Claws and Blood Raven Tailfeathers though are a bit more tricky for you to obtain. These two items don't have a large area for you to constantly farm like the previous two items do - Wrulon enemies are few and far between in the Halls of Honor and the Blood Ravens that drop the tailfeather are similar.

For a text based format I have included all four items below as well as the zones they're found in.

Once you've obtained all four of these items you'll want to bring them to Bregna located in Grobb. You can find Bregna in the Shaman's Guild which is in the southern most portion of Grobb. His location should be marked on your map for the zone, if not, use my map below for help finding this NPC.

For the last part of this quest faction becomes an issue. As an agnostic Erudite I was able to complete the quest up until the final step, handing the Troll Receipt to Aid Garuuk. Bregna accepted my items but Aid Garuuk did not. Aid Garuuk conned indifferently to me so I am going to assume you'll need Amiable or above with him.

It's a really annoying prerequisite and if you're not a Troll/someone with good Troll faction I would honestly recommend skipping this quest altogether. To raise your Troll faction go grind Upper Guk for a bit and see if that helps.