This quest requires you to defeat two rare group level dragons in Burning Woods and complete a little bit of running around to retrieve another item. Once successful you'll need to bring the items you collected to Squire Fuzzmin in Firiona Vie (he's found patroling around with Sir Hobble) in order to receive your Wurmslayer.

That's right! Wurmslayer isn't No Drop which means you can complete the quest on your main and pass off your Wurmslayer to alts to kick some major butt!

To get started with this quest you'll need to travel to Burning Woods and start defeating any enemies you see in the two large circles on my map below. Stick to one area at a time and just clear out the entire place of enemies. Our goal is to get the extremely rare dragons to spawn in the area.

Let's start with talking about Gylton since he's at the top. The easiest way to get him to spawn is by clearing all of the trash mobs in this area until you finally manage to get him to spawn. Funny, huh? Who woulda guessed. Gylton also shares a spawn with Entalon (apparently) if you get Entalon to spawn then defeat him Gylton will spawn as the next mob. Allakhazam says this but I didn't personally see it.

The next enemy for you to defeat is Azdalin. This guy is a bit more of a pain in the butt if you ask me than Gylton. Same deal, clear all the enemies in this area in an effort to get him to spawn. Apparently the undead ape Gullerback is also on the shared spawn list with this wurm much like Entalon is with Gylton. If you see Gullerback up take him out to get Azdalin to pop. 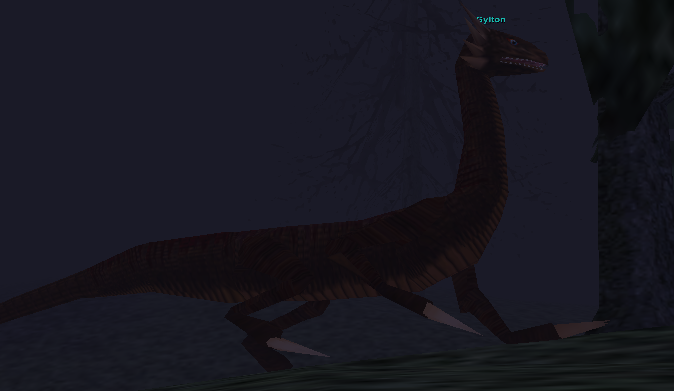 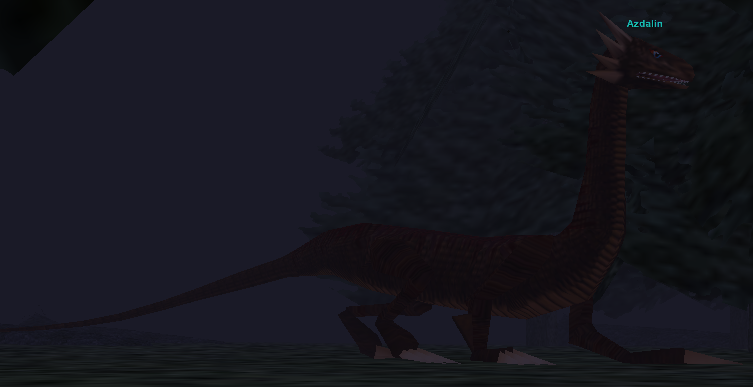 After you defeat both of these wurms and collect their Dragon Scales the next thing that you'll have to do is head on over to The Overthere and find Tektite whose located in the evil outpost that's in The Overthere. He's found on the southern end of the outpost on the inside of it (with all the guards).

If you're solo and level 60 this may be too challenging to tackle alone unless you can pull Tektite away from here. An alternative method of obtaining his Tektite (other than beating him up) is to hand him two Carnelian gems. This assumes though that you have the faction required to complete this quest. If you're a "good" race you mine as well just kill him. 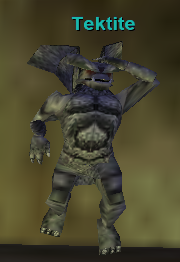 Once you have the Tektite in hand you'll want to go to Temple of Solusek Ro which is just off Lavastorm Mountains. The two fastest ways here are by getting a Druid to port you to Lavastorm or a Wizard to port you to Nektulos Forest. Alternatively if PoP is out on your server you can take the Neriak stone to Nektulos and run from there.

Temple of Solusek Ro is in the northeastern portion of Lavastorm Mountains. Inside the zone the NPC that we're looking for is Lord Lyfyx of Burwood. He's in the northwestern portion of the zone on the second floor. You're going to want to hand him the Tektite that we just picked up in The Overthere as well as a Peridot which you can get off an enemy while farming Burning Woods or a JC vendor elsewhere.

Lord Lyfyx will thank you and return to you the third Dragon Scales that we need for this quest. With all three Dragon Scales in hand the next and final place we need to go is to Firiona Vie which is where we'll find Sir Hobble and Squire Fuzzmin to turn this quest in. These guys have a bit of an eratic spawn cycle/navigation route which makes turning in this quest a bit of a hassal.

I spent a fair bit of time watching where Sir Hobble and Squire Fuzzmin roam around in Firiona Vie and I jotted it all down on a map which you can find below.

I spent a total of 4 days on/off watching these guys and collecting data on where they roamed and their spawn cycles. It seems that they spawn somewhere in eastern Firiona Vie and walk to the tunnel that connects to the Dreadlands. Once here they turn around and walk in one of two paths away from the tunnel and then back to it.

They'll repeat this cycle 10 - 20 times over the course of 1 - 3hrs before despawning. Once despawned you won't see them respawn for 4+ hours usually.